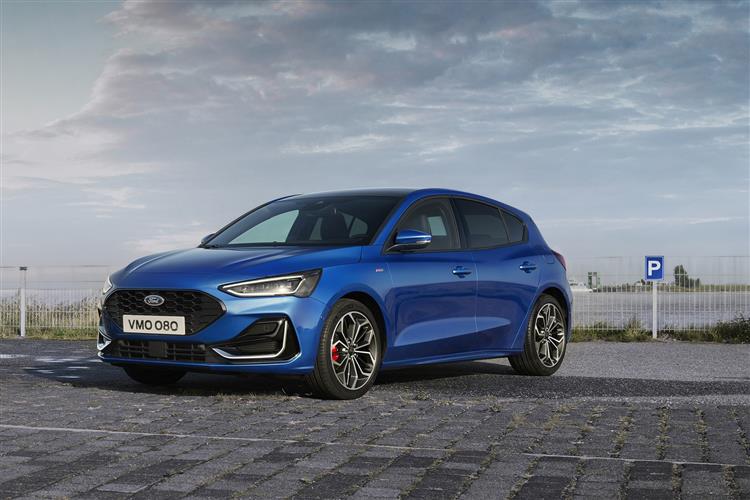 Ford has significantly improved the fourth generation version of its Focus. With smarter looks and extra technology, it'll still give its rivals plenty to think about, thinks Jonathan Crouch.

It's very difficult to over-state the importance of the Focus family hatch to Ford's European business. To understand its significance, press the rewind button for a moment and shuttle back to 1997. Ford's family hatch contender during this period was the fifth generation Escort, a car so all-encompassingly woeful that the brand was almost embarrassed to sell it. When the time came for a replacement, we all expected something better. What we got in the Focus model first launched in 1998 was something much, much more than that, a car that, at a stroke, offered arguably the biggest step forward in family car design the market has ever seen. Here at last was technology directed firmly at the man in the street who, in this apparently humble family hatchback, could experience a car more entertaining and rewarding to drive than almost anything this side of a sizeable lottery win. It was asking a lot for the MK2 model we saw in 2005 to repeat such a seismic step forward but that second generation Focus was still quite good enough to remain acclaimed as the driver's choice against rival Astras and Golfs that made up for their dynamic failings with a better ride and a more luxurious big car feel. These were attributes the Focus also needed and when it came to developing the MK3 version, launched early in 2011, Ford tried to provide them without compromising the car's class-leading handling. That's also been the goal with this more sophisticated MK4 model, announced in the Spring of 2018, then updated three years on to create the car we're going to look at here.

There's one thing you always know about a Focus: which is that'll usually be a great steer. And of course nothing's changed in that regard with this updated model. As before, the ride isn't overly firm, but body control through the bends is still exemplary, allowing you at the wheel to make the most of the stiff C2 platform, the feelsome power steering and the torque vectoring control system that helps you get the power down through the bends. It all combines to create a car that really can still reward at the wheel, even in its most affordable forms: there's still nothing else in this segment that feels quite the same. Yet it still does the sensible stuff well too, being decently refined, with confident braking and a lovely tactile gearshift. The engine range was significantly updated as recently as 2020 with Ford's latest Mild Hybrid technology and of course that's carried forward, though the line-up kicks off with a conventional version of the brand's 1.0-litre EcoBoost petrol engine in 125PS form with a manual gearbox. You can have the same engine in mHEV mild hybrid form, though only if you're prepared to specify Ford's 7-speed PowerShift auto gearbox. The 155PS version of this mHEV mild hybrid 1.0-litre EcoBoost engine can be had with either manual or PowerShift auto transmission. Higher mileage drivers will be pleased to see that the 1.5-litre 120PS EcoBlue diesel engine's been retained in the range - though only with 8-speed auto transmission. And at the top of the line-up, the ST hot hatch continues on with the 280PS 2.3-litre EcoBoost petrol unit, offered with either manual or 7-speed auto transmission. One change we'd like to have seen relates to suspension. A little disappointingly, Ford continues to equip the lower-powered 1.0-litre petrol and 1.5-litre diesel Hatch variants that most customers choose with a cruder twist-beam damping set-up. If you want the more sophisticated independent rear double wishbone suspension system that improves ride comfort, you'll need an estate, the 'Active' crossover version or a more powerful hatch variant. The top 'ST' high performance version for instance, which gets stiffer, lowered suspension.

Both hatch and estate versions of this improved Focus are marked out by smarter LED headlamps with built-in foglights. plus the brand badge has been moved from the bonnet to the front grille. And the darker rear tail lamps have a smarter 'loop light' illuminating signature. As before, there are separate styling details to mark out the different trim levels, with varying front grille designs for 'Titanium', 'ST-Line', 'Active' and 'ST' versions. The 'Active' model, as before, gets SUV-style visual changes, including extra lower body cladding, larger side vents and a higher ride height. Bigger changes are reserved for the cabin, which now in most models features a larger 13.2-inch 'SYNC 4' central touchscreen. In a controversial move, Ford has decided that this monitor should now incorporate the ventilation controls, giving the dashboard a cleaner, less cluttered look. We're not sure that this is actually a step forward but the infotainment system's ability to now accept over-the-air updates certainly is; as a result, you'll get into your Focus one morning and find it able to do something it couldn't do the day before - which is rather cool. As before, rear seat space isn't exemplary, but there's decent room for a couple of adults. Luggage space still isn't particularly noteworthy either; there's 341-litres of capacity if you load to window level - or 375-litres with a tyre repair kit fitted. A typically-specified Estate model fitted with a mini-spare offers up to 575-litres. Fold down the 60:40-split rear backrest and between 1,250 and 1,320-litres of space can be freed up in the hatch model, depending on the size of spare wheel you decide upon. An Estate version will give you up to 1,653-litres. The Estate's load area also now features a wet zone, with a load-floor liner inserted into the space to provide water resistance against items such as wet suits and umbrellas.

Pricing hasn't changed much, kicking off from around £23,500 and running up to around £38,000 for the top ST model. The estate body style attracts a premium of £1,200 over the equivalent hatch. The Focus range kicks off with the base 'Trend' variant, before progressing through 'Titanium' and 'ST-Line' variants, both of which are also available in plusher 'Vignale' forms. An SUV-style 'Active' version (also with a 'Vignale' variant) and an 'ST' performance variant are also available. Equipment levels reflect the fact that most customers will be paying upwards of £27,000 for this once very affordable compact family hatch. Even the base Focus 'Trend' comes as standard with 16-inch alloy wheels, full-LED headlamps, navigation, drive modes and air conditioning. Avoid base trim and you get Ford's latest 13.2-inch 'SYNC 4' touchscreen incorporating navigation, 'Apple CarPlay'/'Android Auto' smartphone-mirroring, a DAB digital radio with Bluetooth and Emergency Assist. Plus there's an electronic parking brake, autonomous emergency braking, tyre pressure monitoring, Hill Start Assist and a Lane-Keeping Aid. For sporty drivers, the 'ST-Line' variant offers unique body styling, including unique upper and lower grille, rear spoiler and polished twin tailpipes. Inside there's a flat-bottomed steering wheel, black headlining, an aluminium gear knob, alloy finish pedals and red stitching. New safety systems added across the range include 'Blind Spot assist', 'Intersection assist' and 'Local Hazard Information' (which can warn drivers of hazardous situations on the road ahead). Plus there's 'Adaptive Cruise Control with Stop & Go', 'Speed Sign Recognition' and 'Lane Centring' (which helps to ease the strain of driving in stop-start traffic). 'Pre-Collision Assist with Active Braking' helps drivers avoid or mitigate the effects of collisions with vehicles, pedestrians and cyclists, while 'Active Park Assist' operates gear selection, acceleration and braking to enable fully automated parking manoeuvres simply by holding down a button.

Has any car had more of an impact on modern era motoring than the Ford Focus? Other manufacturers can better this car in some regards, but they still can't make their family hatchback contenders drive like a Focus. It's true that there are some caveats in that regard. The lower-powered models with their more basic torsion beam suspension set-up don't have quite as fluid a feel as those further up the range that feature the 'control blade' multi-link rear damping system. Even in its most basic form though, this Focus remains an entertainer at heart, a car you'll feel at one with thanks to its progressive body control and steering precision. As a result, it's still a default pick amongst family hatchbacks if you like your driving. But not everyone does. Many family hatchback folk are buying a car of this kind simply because it ticks the right boxes for safety, practicality and running costs and I've a suspicion that it's these people who'll have their perceptions most changed by this much improved version of the MK4 model. They may, like us, wonder why it couldn't have been just a touch more visually interesting. And wish for a slightly more classy cabin. But they'll certainly like the responsively frugal new-generation engines, the higher safety standards and the much improved 'SYNC 4' infotainment system. In short, if you can afford the asking prices, you'll find that here's a family hatchback that now has its priorities right, a car that's grown up, but one that still knows how to enjoy itself. Smarter and more sensible, it is, more than ever, number one for a reason.