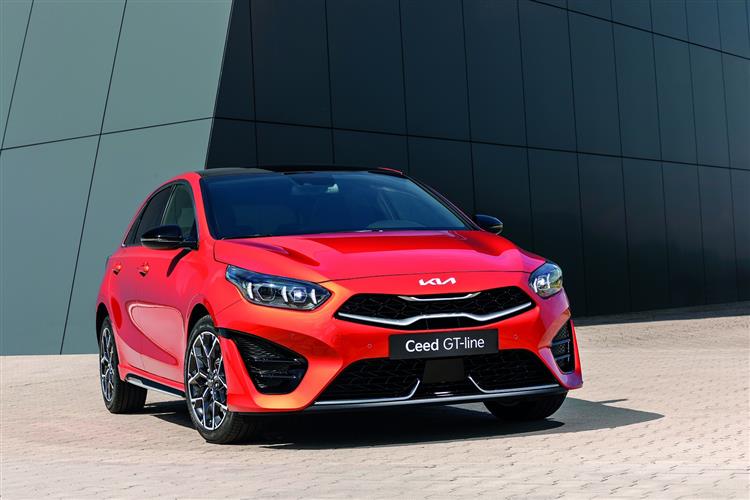 Kia has added a bit of extra polish to its third generation Ceed family hatch. Jonathan Crouch checks it out.

If you want to better appreciate just why Kia is one of the world's fastest growing automotive brands, you've only to look at this car, the Ceed family hatchback. The Slovakian factory that builds it only opened its doors in 2006 yet already, way over a million Ceed models have been built. Automotive historians will look back at the original version of this car (then badged 'cee'd') as a landmark design, the first to take on the European and Japanese market leaders on their own terms in the volume Focus and Golf-dominated Family Hatchback sector. Built in the heart of Europe, it was targeted at the heart of the European motor industry, hence the unusual name, a combination of the French abbreviation for European Community (CE) and this car's project title (ED). It shamed the established players by matching their quality while massively undercutting their prices and offering an astonishingly long 7-year warranty. But times change - and so do market segments. So in 2018, Kia re-designed this MK3 'CD'-series model with a more athletic look and added more efficient engines and extra technology. Then enhanced the whole package three years on, creating the car we're going to look at here.

There's always been plenty of potential here for a class-leading dynamic performance. The Ceed has, after all, long had a more sophisticated suspension system than most rivals offer in their mainstream guises. Instead of the crude old torsion beam rear-suspended set-up you'd find on an ordinary Focus or Golf, this Kia gets the kind of more sophisticated multi-link rear damping system that Ford and Volkswagen Group rivals reserve for pricier, more powerful versions of their family hatchback contenders. And here, it's embellished with the kind of bespoke-engineered handling set-up you might not expect in this corner of the market. The brand has slimmed down the Ceed powerplant range in recent times to the unit that it's found most customers want, a 158bhp four cylinder 1.5-litre T-GDi powerplant mated to 6-speed manual transmission. In terms of handling updates for this facelifted third-generation model though, Kia's largely left the set-up alone, which is fine by us, as that was one of this model's strongest aspects. The Ceed is built on a stiff 'K2'-series platform and garnished with feelsome power steering aided by a torque vectoring system that helps to get the power down through the bends. The result is a car we think you'll genuinely enjoy driving. Plus this is still one of the most refined cars in its class, something helped by the emphasis the Korean brand has put on reducing vibration from its latest engines.

As before, there's a choice of five-door hatchback, Sportswagon estate and ProCeed shooting brake body styles. Facelifts are usually about a bit of a nip and tuck, but this one sees a completely redesigned front end, with smarter headlamps flanking a 'tiger nose' front grille upgraded to a black gloss finish with satin chrome highlights. Even more overt are the two large side air intakes shooting through the front bumper, creating a sportier look. At the rear, the surface between the LED combi lamps has been smoothed out to accommodate the company's latest brand emblem. And a glossy black diffuser has been added to the sportier rear bumper. It's all a bit more up-market inside too, Kia having worked on the interior decor, introducing sophisticated soothing colours and more tactile materials. If you haven't tried a Ceed for a bit, the main change you'll notice with this current one is the addition of a frameless 10.25-inch centrally mounted display with infotainment, navigation and telematics connectivity features. Driver-centric in its layout, the centre console is angled slightly towards the driver's seat for ease of use on the move. In the rear, there's decent shoulder room for rear passengers by class standards. And out back in the standard hatch, there's a reasonable 395-litre boot. It's 594-litre for the ProCeed shooting brake and 625-litres for the Sportswagon estate.

The Ceed used to be one of the most affordable choices in the family hatchback segment, but because it's now only available in plush '3' or 'GT-Line'-spec trim levels and only with a relatively powerful 1.5 T-GDI petrol engine, prices start up at around £24,000. That gets you plush '3'-spec; if you want the sportier-looking 'GT-Line' version, you'll need around £25,000. the alternative Sportwagon estate comes only in '3'-spec trim - and costs just under £25,000. The stylised Proceed estate also comes only with the 1.5-litre T-GDI engine and costs just under £26,000. Whichever kind of Ceed you choose, you'd expect to find it decently equipped - it is - but the key change with recent updates lies with the availability of even more 'ADAS' ('Advanced Driver Assist') systems, Kia having updated its 'Driver Attention Warning' and 'Blind-spot Warning' systems. In addition to the car's seven standard airbags, included safety kit runs to High Beam Assist, Lane Keeping Assist and Forward Collision Warning autonomous braking with Forward Collision-Avoidance Assist. Connectivity's taken a step forward with this car in recent times too - not only with a larger 10.25-inch centre stack monitor but also with telematics. The brand now offers its 'Kia Connect' smartphone app which allows customers to connect remotely with their cars. A new 'User Profile Transfer' feature enables users to back up their in-vehicle Kia Connect preferences via the cloud and transfer settings from one vehicle to the next.

The latest Smartstream engine technology in use here incorporates Continuously Variable Valve Duration (CVVD) to optimise performance. CVVD also serves to improve fuel efficiency alongside a Low-Pressure Exhaust Gas Recirculation (LP-EGR) system, which returns some of the hot gases produced by the engine to the combustion chamber to reduce pumping losses and improve fuel economy. So much for the tech; what about the WLTP results? Well, the 1.5 T-GDi petrol engine manages up to 49.6mpg on the combined cycle and up to 129g/km - in manual form. As usual with Kia, there's a 7 year or 100,000 mile warranty which, since it can be passed from owner to owner, should help the impressively strong residual values. You might want to note that roadside assistance cover is limited to one year, but you do get a long 12 year bodywork warranty. Maintenance costs can be kept down by opting for Kia's 'Care-3' or 'Care-3 Plus' servicing packages, which offer a fixed-cost and inflation-proof servicing plan for the first three or five years, something which can also be passed on to subsequent owners.

There will still be people of course, who'll blindly buy a Focus, a Golf or some other family hatchback from a conventional mainstream brand without considering its Korean alternative. But these will largely be uninformed folk yet to fully cotton on to the way that products in this segment have changed. Thanks to the continuing success of this Ceed model line, there are fewer and fewer customers of this kind around. Of course, shortlist selection isn't the same as a sale. There are family hatch folk who'll want more powerful engines or more dynamic handling than this car can offer. But, I'd suggest, many more will enjoy this Kia's sharp looks, impressive quality, strong safety standards and low running costs. True, the asking prices may be a little higher than you might expect from a South Korean brand, but don't judge them until you've tried the product, a confident design from a very confident brand. We think you might like it.