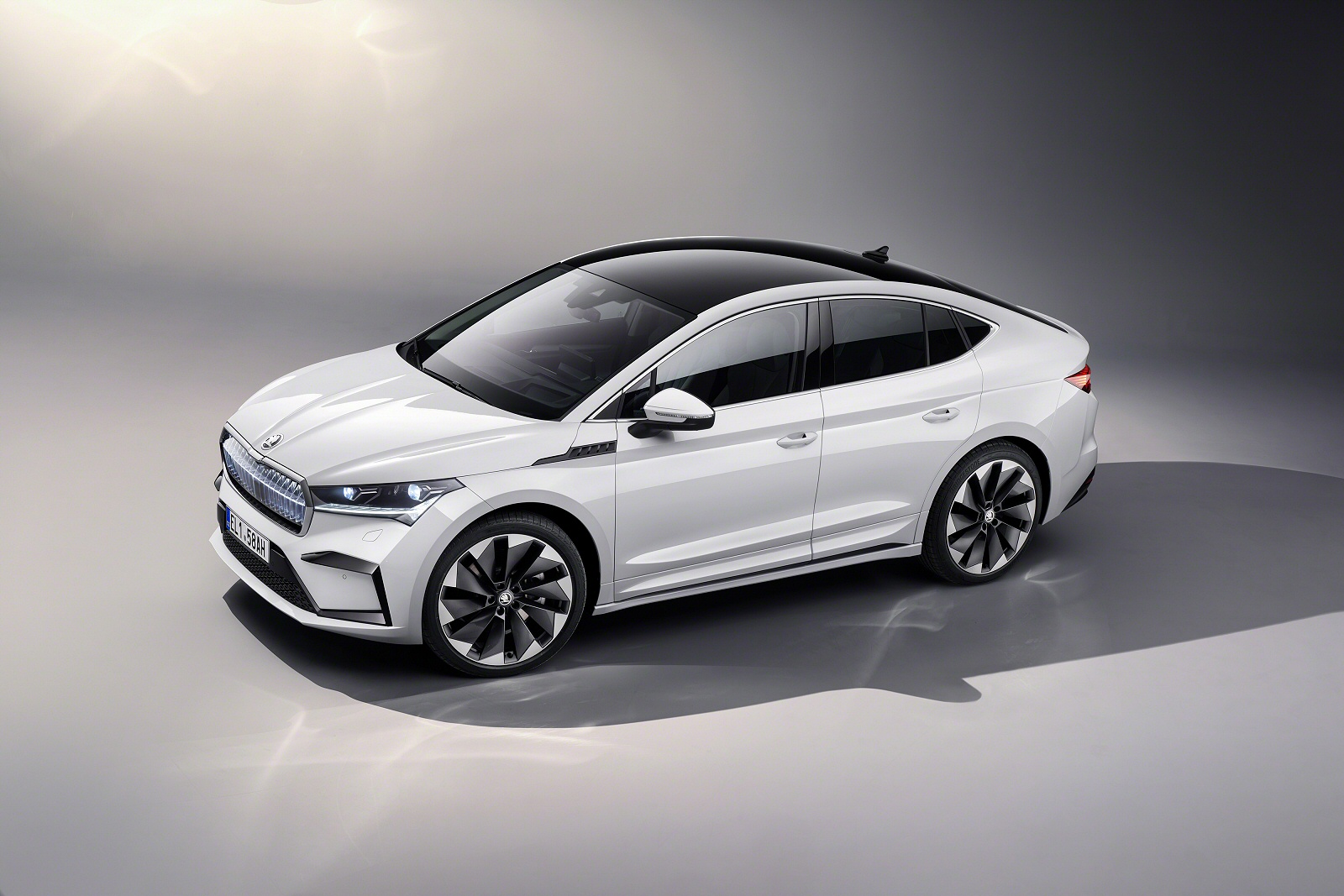 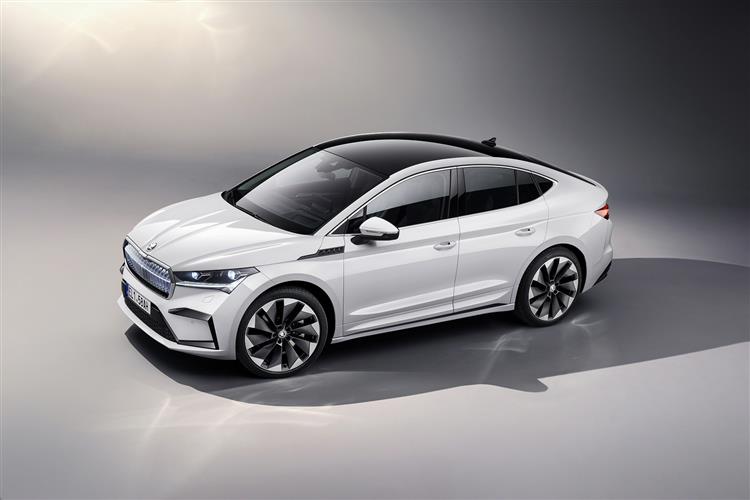 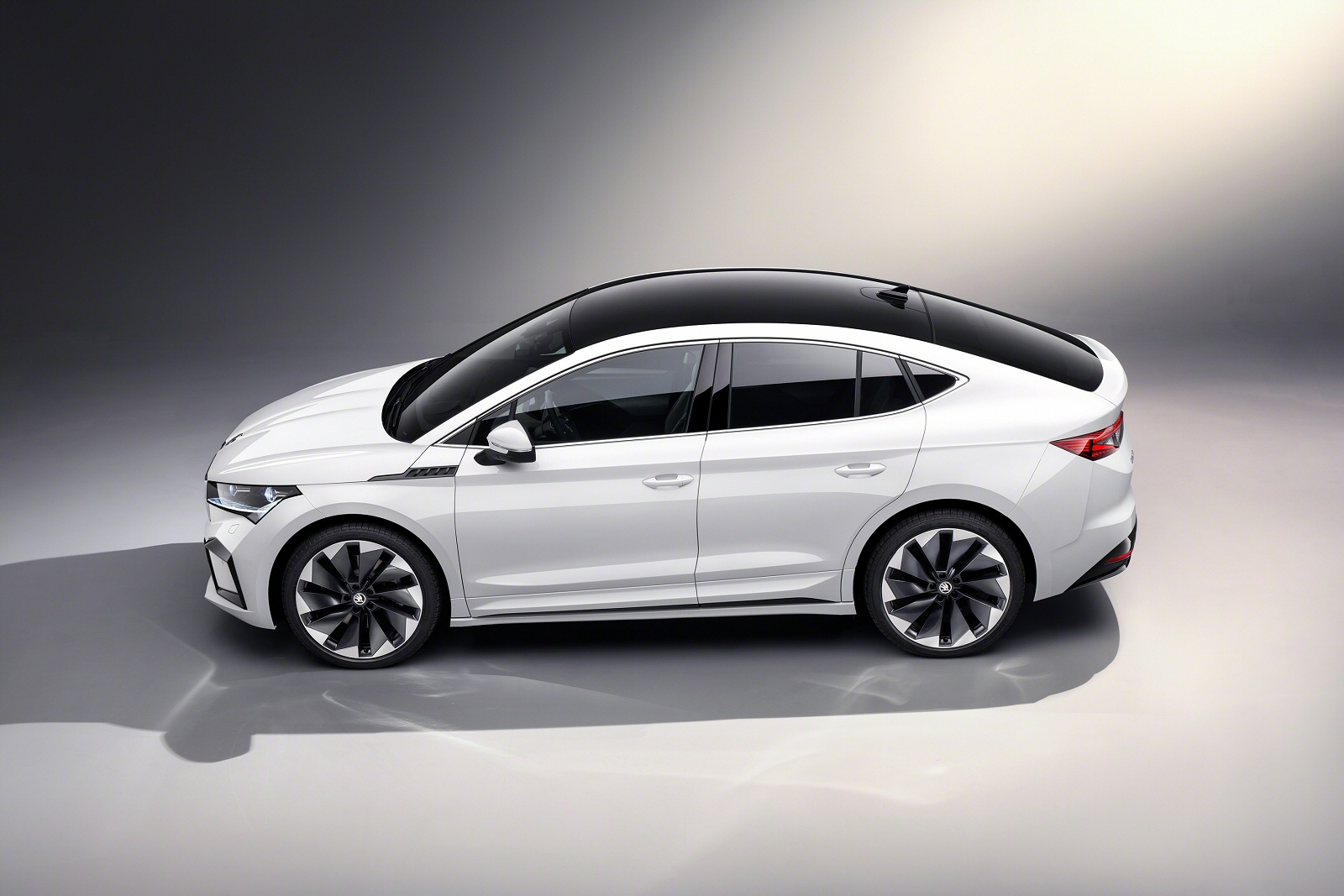 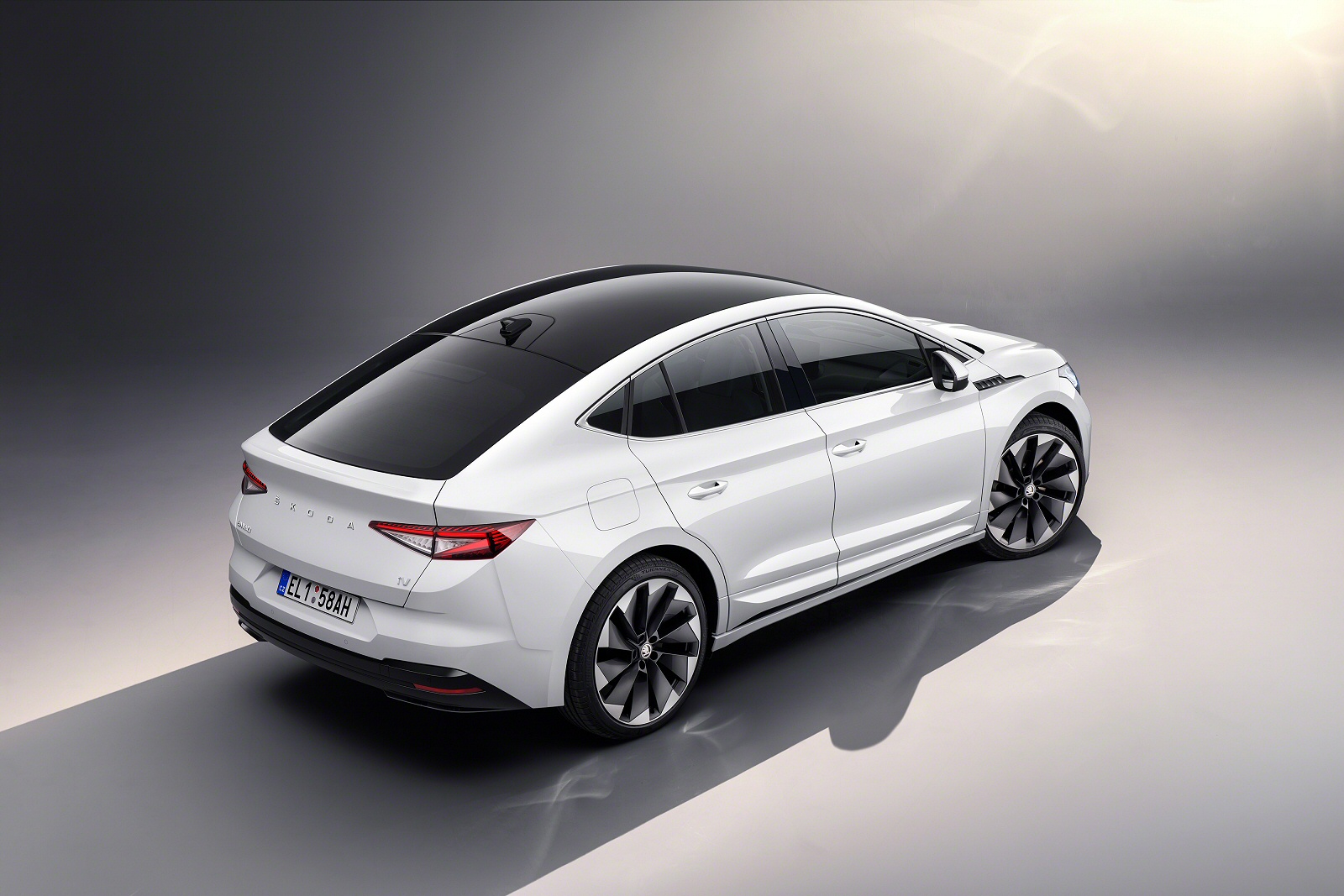 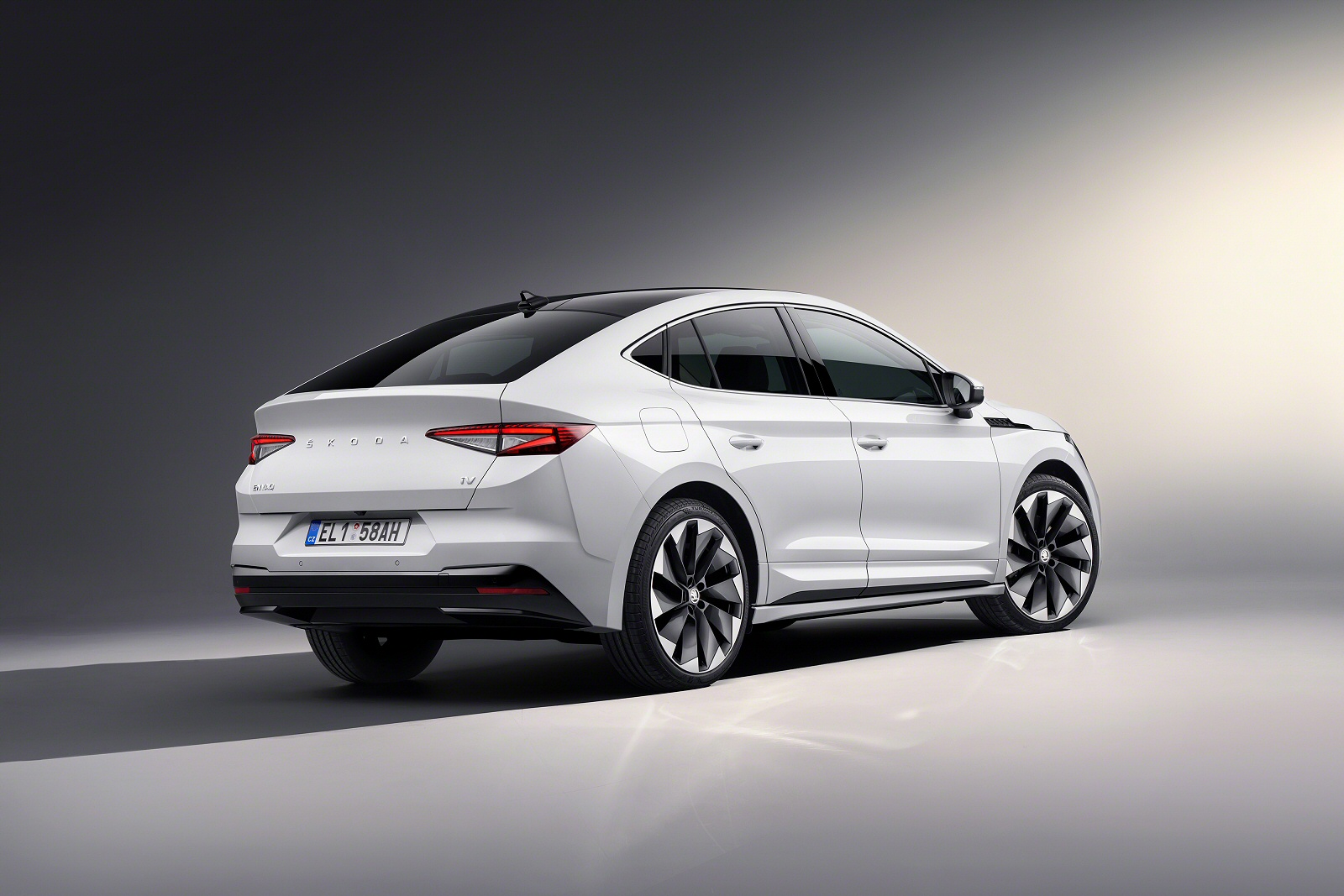 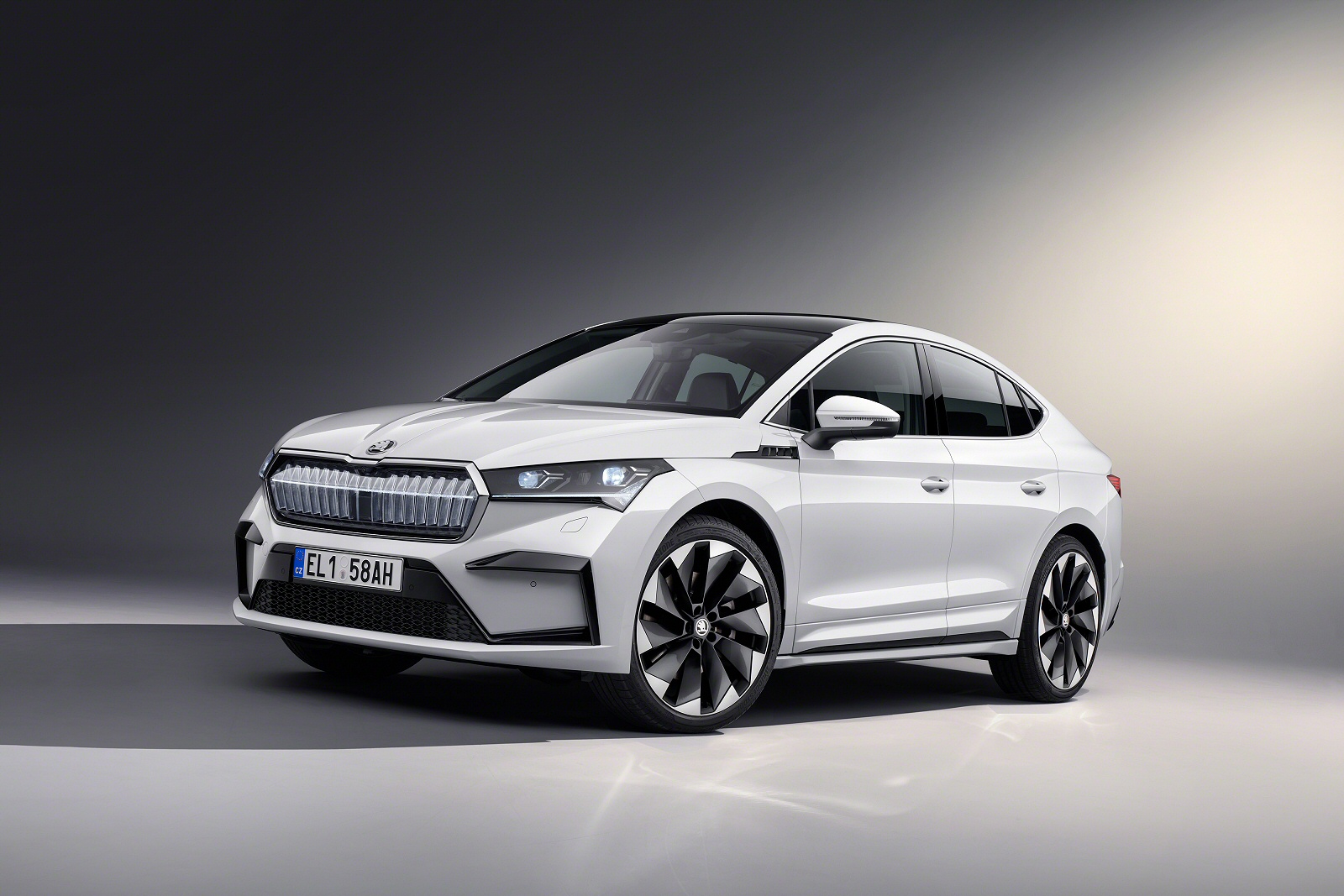 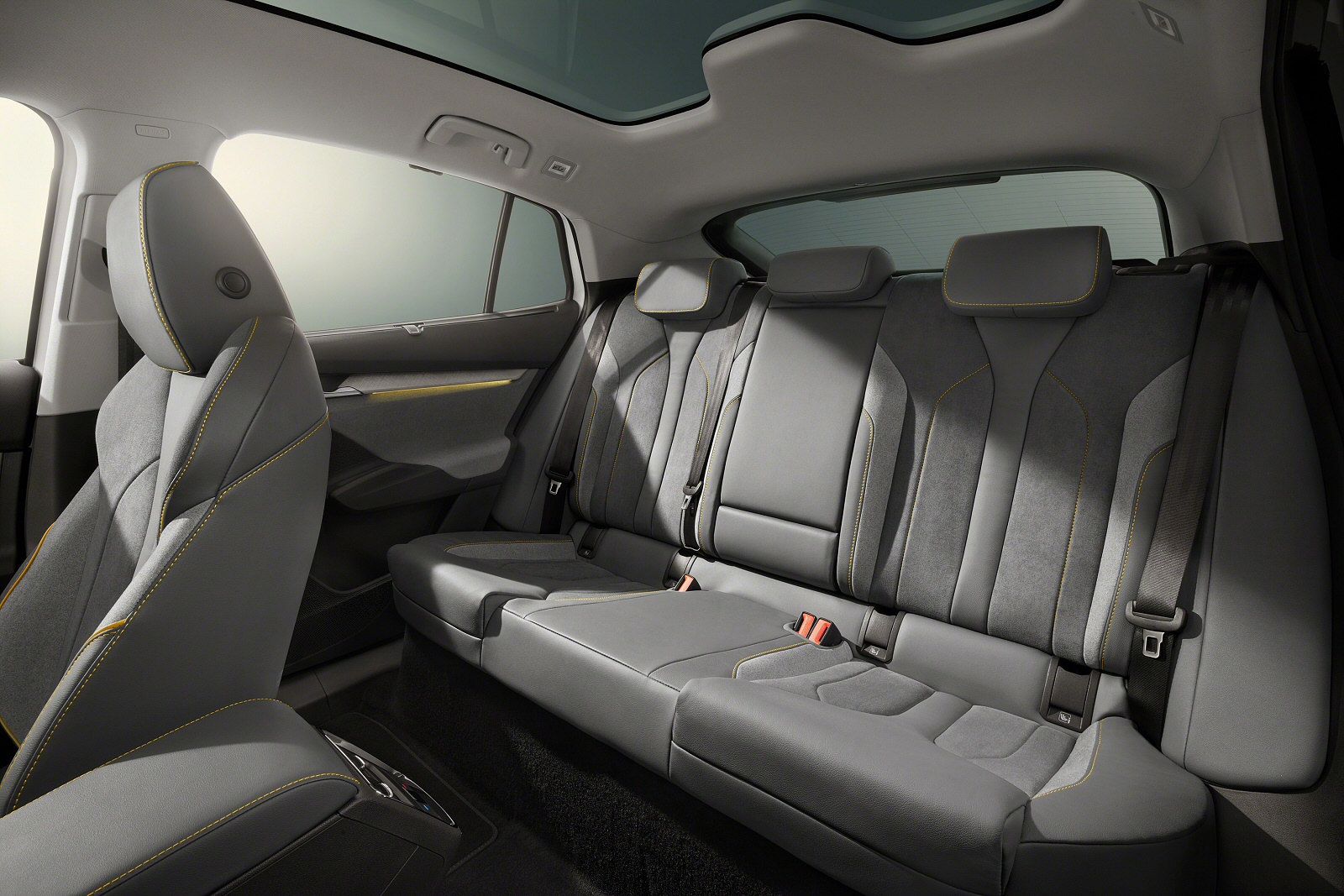 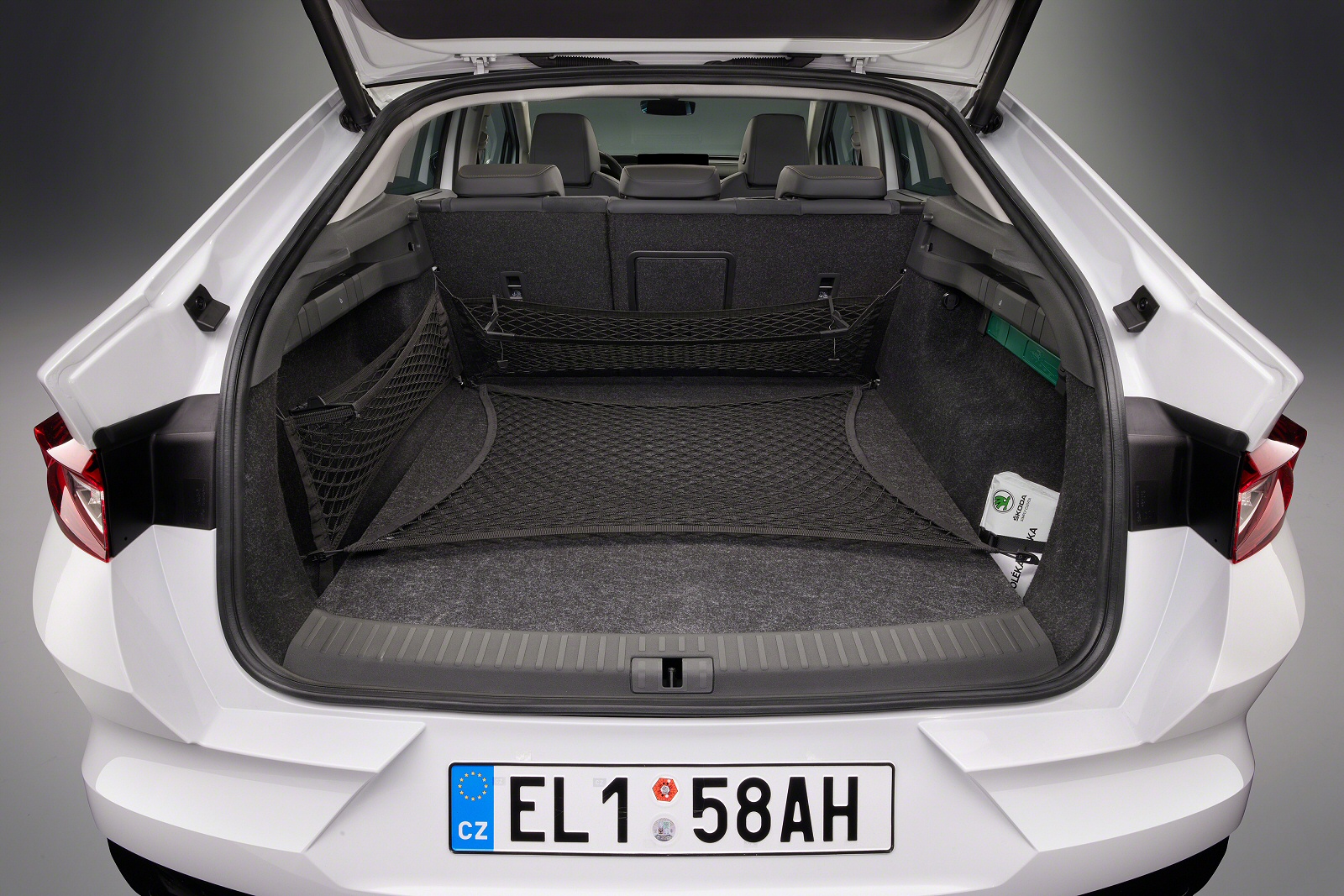 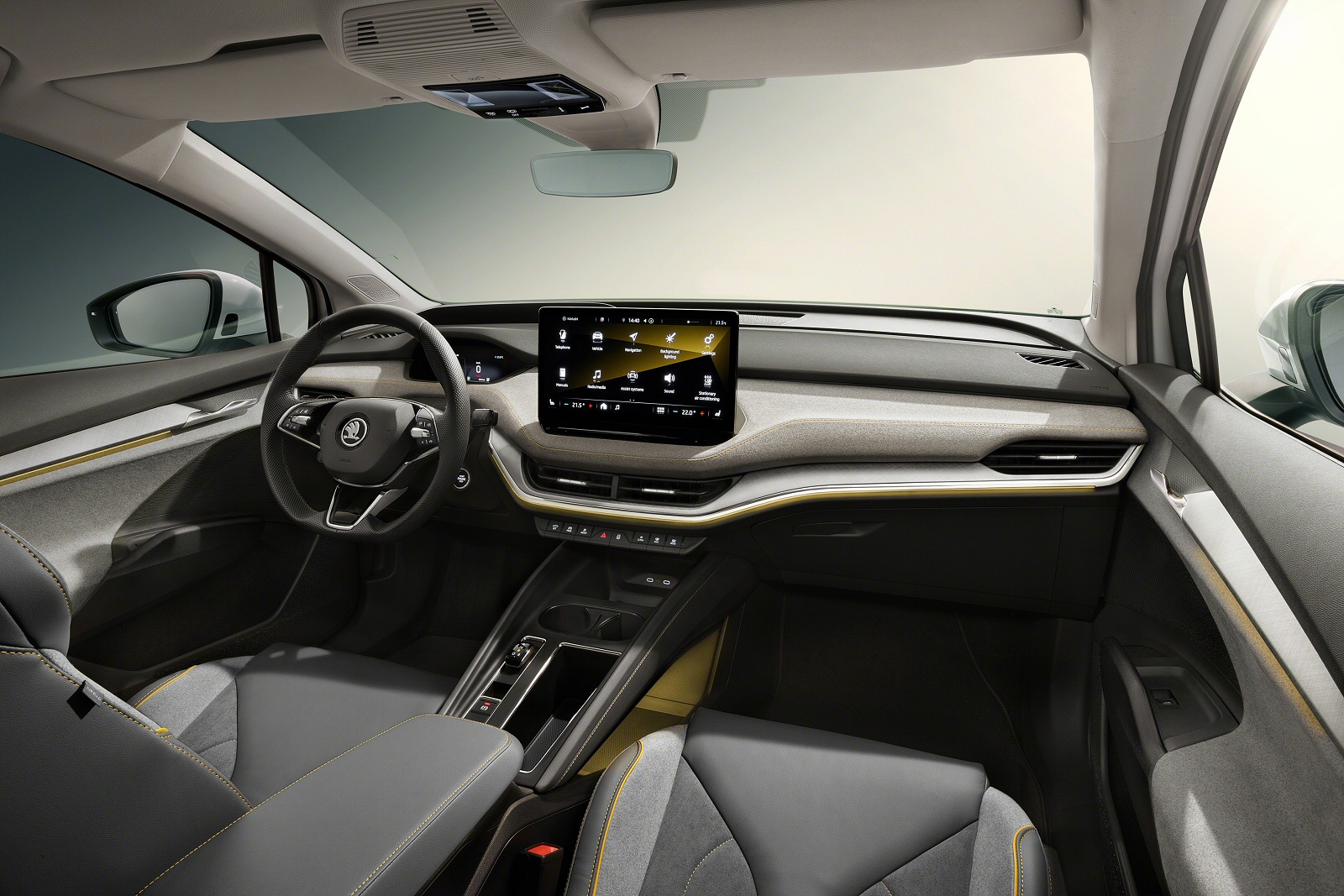 An aspirational Skoda? Really? Absolutely. That's what we have here in the form of the brand's Enyaq iV Coupe, an EV with attitude. On the face of things, this is just a more sporty looking version of the Enyaq iV hatch, delivered because the brand programme required it. We've already seen the same thing with the Volkswagen ID.4, which gained a coupe cousin with the ID.5. And the Audi Q4 e-tron, which can be had in alternative Sportback form. The Enyaq iV Coupe though, is rather more significant for its maker than that. It's the most expensive Skoda ever made, in top vRS form the fastest and, perhaps most significantly, to most eyes it's the most elegant car ever to wear the Czech maker's badge. The company claims it 'perfectly combines emotion with efficiency'. We'll see.

As with the normal Enyaq iV SUV hatch, you only get one battery option with this Coupe body style - predictably the larger 77kWh one (82kWh gross output). For the time being, Skoda is only offering the top vRS version, which has a twin-motor all-wheel-drive powertrain (it's the first ever all-electric vRS) which has 299PS and 460Nm of torque. The vRS takes only 6.3 seconds to sprint to 62mph, on the way to a limited top speed of 111mph. Driving range is 312 miles. This SUV Coupe is superbly manoeuvrable for its size, jinking through traffic hold-ups and darting into spaces. As with other electric vehicles, this one's town travel is characterised by its need to constantly emit a strange 'e-sound', intended to warn pedestrians of its impending approach. You wonder though, why it's necessary for this feature to sound so other-worldly; other brands use film composers to create more pleasant melodies. Beyond the city limits, traction is impressive but there's a little more body roll through the turns than you'd get with the alternative Volkswagen, CUPRA and Audi versions of this VW Group design. The pay-off for that though, is a much better standard of ride, with suppleness over poor surfaces and speed humps that's un-bettered in this class and is far superior to most rivals.

Assuming you want a family EV, you'll choose this car of course because of the way it looks. The standard Enyaq iV hatch is quite a smart piece of penmanship but its boxy lines are still somewhat, well, sensible. Just the sort of thing you'd expect from a modern Skoda. But this isn't. There's some real pavement presence here, thanks to the sharply raked roofline from the B-pillar backwards. In a shape that's 4mm longer and 6mm taller than its SUV sibling. With short overhangs, big wheels, strong shoulders and a low roofline, this will look good down at the gym. Predictably, it's a lot less different inside, where the cabin is pretty much identical to the ordinary Enyaq iV hatch, though Skoda has introduced a number of bespoke design touches and two 'design selection' packages. The fascia's dominated by a central 13-inch infotainment touchscreen, which can also be worked by both voice and gesture control. There's also a further 5.3-inch instrument binnacle display. A further interior highlight is the wonderfully-named optional 'Jumbo Box', which adds 6.2 litres of storage underneath the centre console. In the rear, the swept-back roof doesn't compromise headroom too much - a couple of adults will still be comfortable. And boot space falls by only 15-litres over the ordinary model - to 570-litres.

Currentlky, Skoda is only offering this Enyaq iV Coupe body style in top all-ewheel drive vRS form, so there's a faiurly hefty price tag -around £52,000. Just as with the ordinary version of this car, the Coupe's interior features holistically coordinated so-called 'Design Selection' packages based on modern living environments and using natural, sustainably processed and recycled materials. Standard features include a 13-inch central infotainment screen and the 5.3-inch Digital Cockpit instrument binnacle display, which is supplemented by a head-up display with augmented reality. You also get a black panoramic glass roof that flows seamlessly into the rear section; Skoda reckons it's the largest panoramic glass roof it has ever offered. This vRS version gets a 'Crystal Face' package that adds 131 twinkling LEDs to the front grille - a standout feature. Plus there's a tilting panoramic glass roof. The wheels are 20-inch 'Taurus' rims. And the LED tail lights have a 'Coming/Leaving home' function. As for safety, well you'd expect some sort of Forward Collision Warning autonomous braking system on a car of this kind these days; Skoda's is called 'Front Assist' and as usual with these sorts of set-ups, it scans the road ahead as you drive. If a potential collision hazard is detected, you'll be warned. If you don't respond - or aren't able to - the brakes will automatically be applied to decrease the severity of any resulting accident. It incorporates 'Swerve Support' that stops you from turning into a junction into the path of another car. Plus there's 'Dynamic Road Sign Display' (which pictures speed signs as you pass and displays them on the dash). Every Enyaq iV also gets a 'Lane Assist' lane-keeping system that warns you when you stray out of your lane and applies gentle steering assistance to ease you back into it.

This Coupe's swept-back styling delivers a predictably better drag coefficient of 0.23Cd - and it also helps that this Coupe has a marginally lighter weight than the standard SUV version. The result is a 312 mile EV driving range for this vRS version. Battery replenishment with a fast charger from 10% to 80% takes 29 minutes. You can order an 11kW wall box charger for your garage that will take up to 8 hours for a full charge. When you're charging at home in winter, it'll make sense to pre-heat the cabin before use via the provided 'MySkoda' app. The power will be drawn from the charging cable if it's connected and not from the battery. On the move, there's an 'Eco' mode which reduces the power of the climate control system and restricts top speed, enhancing range. It'll also help if you engage the provided 'B' drive mode for maximum brake recuperation performance. An Enyaq iV Coupe driver will enjoy lower maintenance costs than would be needed for a combustion model - obviously no oil changes are required and regenerative braking means that the brake pads are designed to last the life of the car. There's a fixed servicing schedule, with a basic inspection after two years (unlimited mileage) and subsequent services every year or 18,750 miles. Skoda says that its aim is to make sure that the battery pack lasts as long as the car too and, sure enough, that battery pack is warrantied to have at least 70% of its usable capacity after eight years or 100,000 miles. There's the usual unremarkable three year / 60,000 mile Skoda warranty (only the third year has a mileage limitation). And there's 12 year body protection guarantee, a three year paint warranty and three years of Skoda assistance, which includes European breakdown cover.

Arguably, this is the first Skoda with a degree of real desirability - and it won't be the last. We really liked the standard Enyaq iV hatch when we tried it; all the car was lacking was a bit of visual pizzazz - a bit of 'want one' factor, which this Enyaq iV Coupe delivers with aplomb, especially in vRS form. It's an EV with a confident sense of style, from a brand clearly growing in confidence by the year. There are of course, as with any EV, lots of sensible reasons why you might want this car. But the value proposition is what is likely to catch your eye when the sums are added up. It'll handsomely undercut its VW Group counterpart EV designs, the Volkswagen ID.5 and the Audi Q4 Sportback e-tron. And it'll probably save you money too on the boxier models these two cars are based on, the ID.4 and the Q4 Sportback e-tron. Style at a saving then. That makes sense to us.