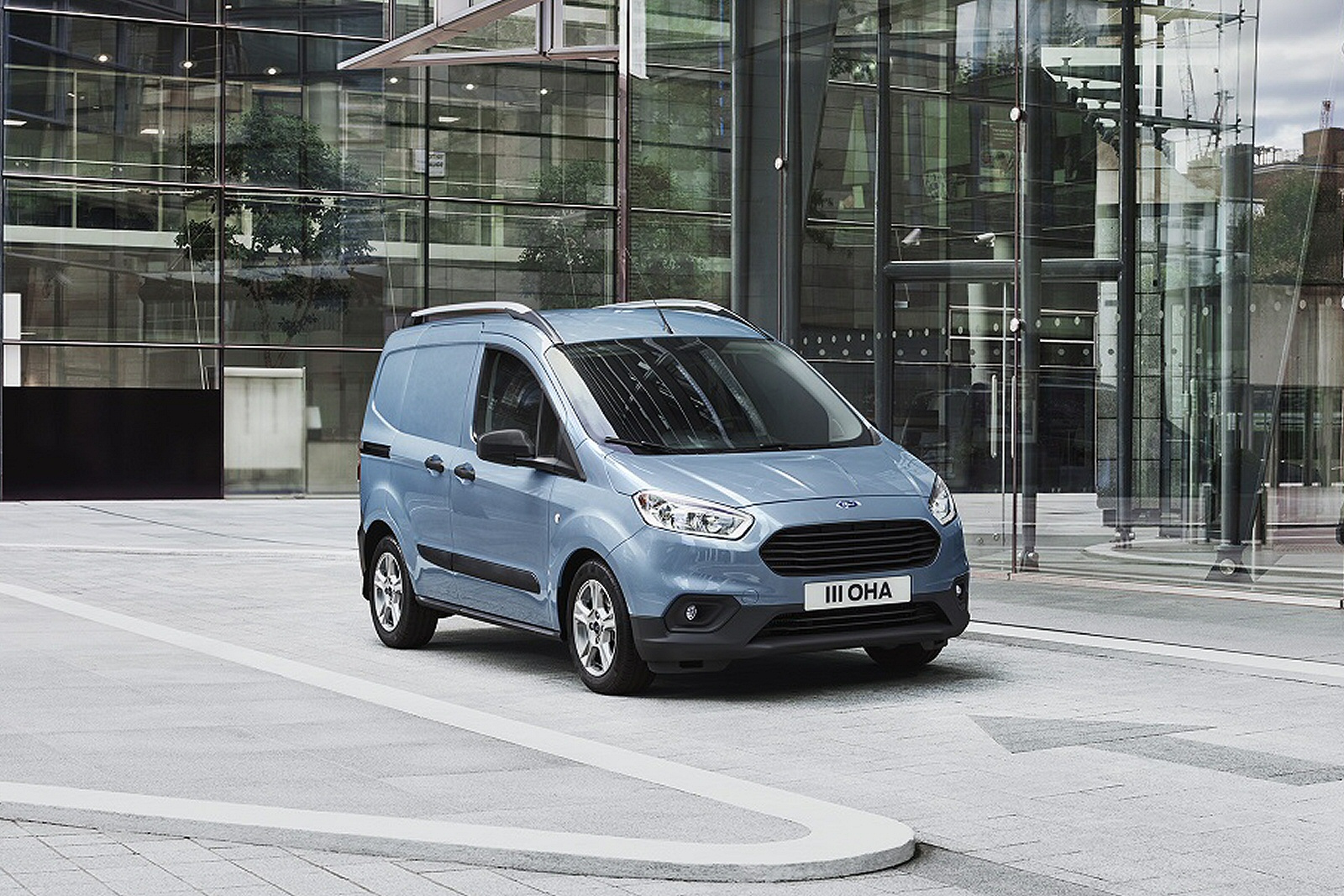 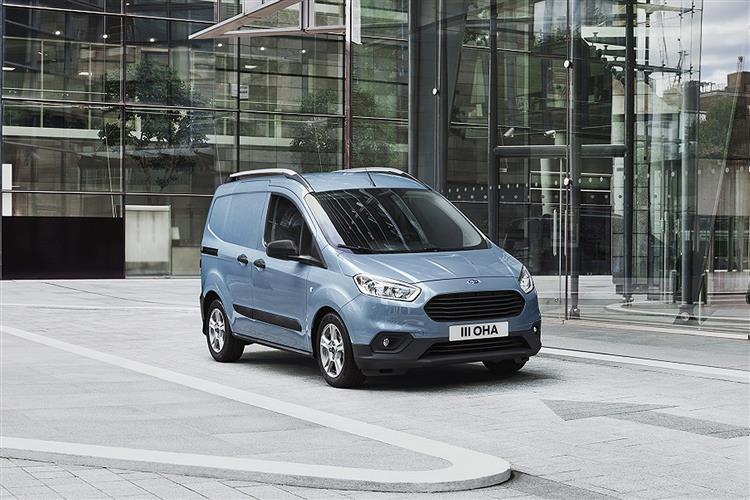 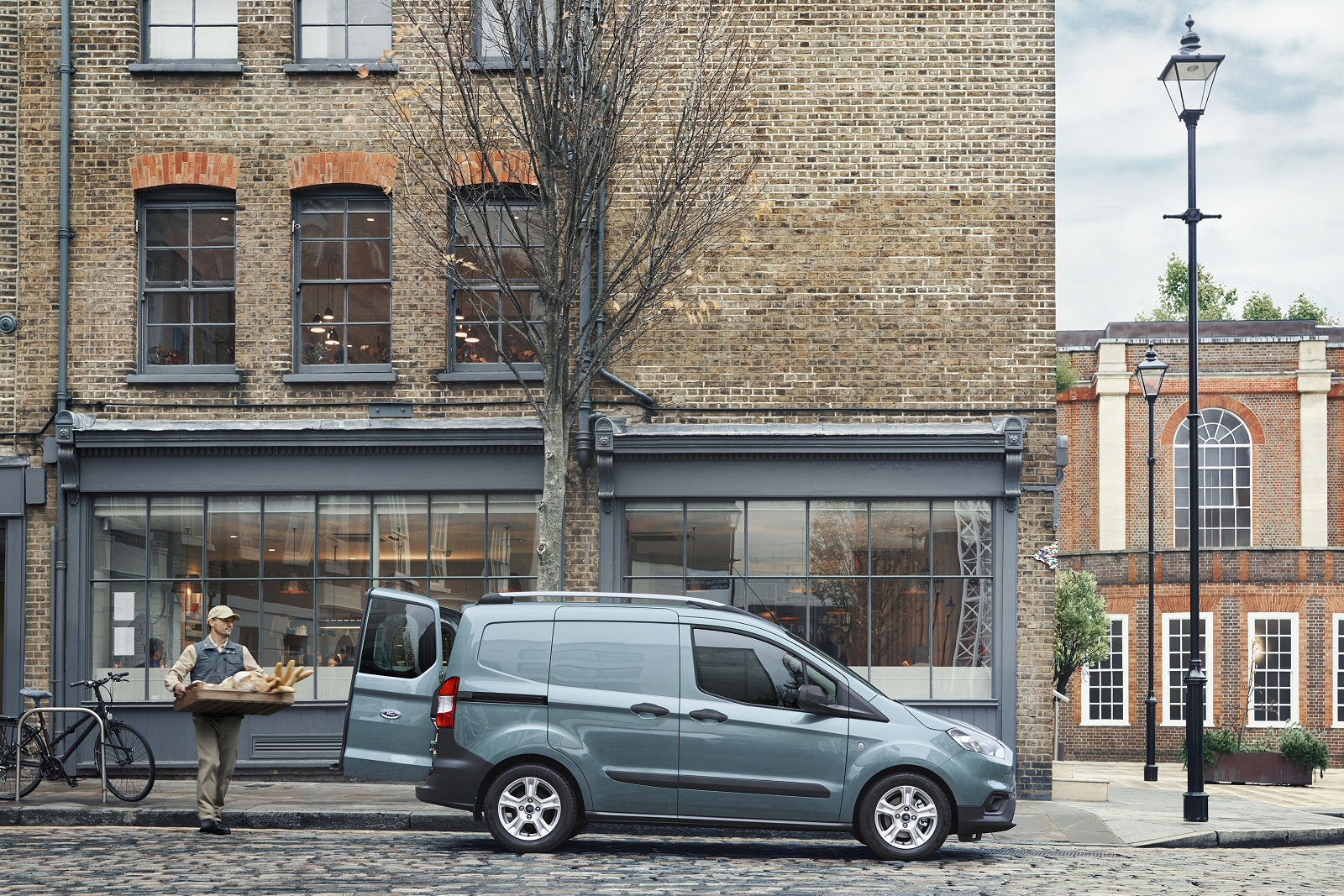 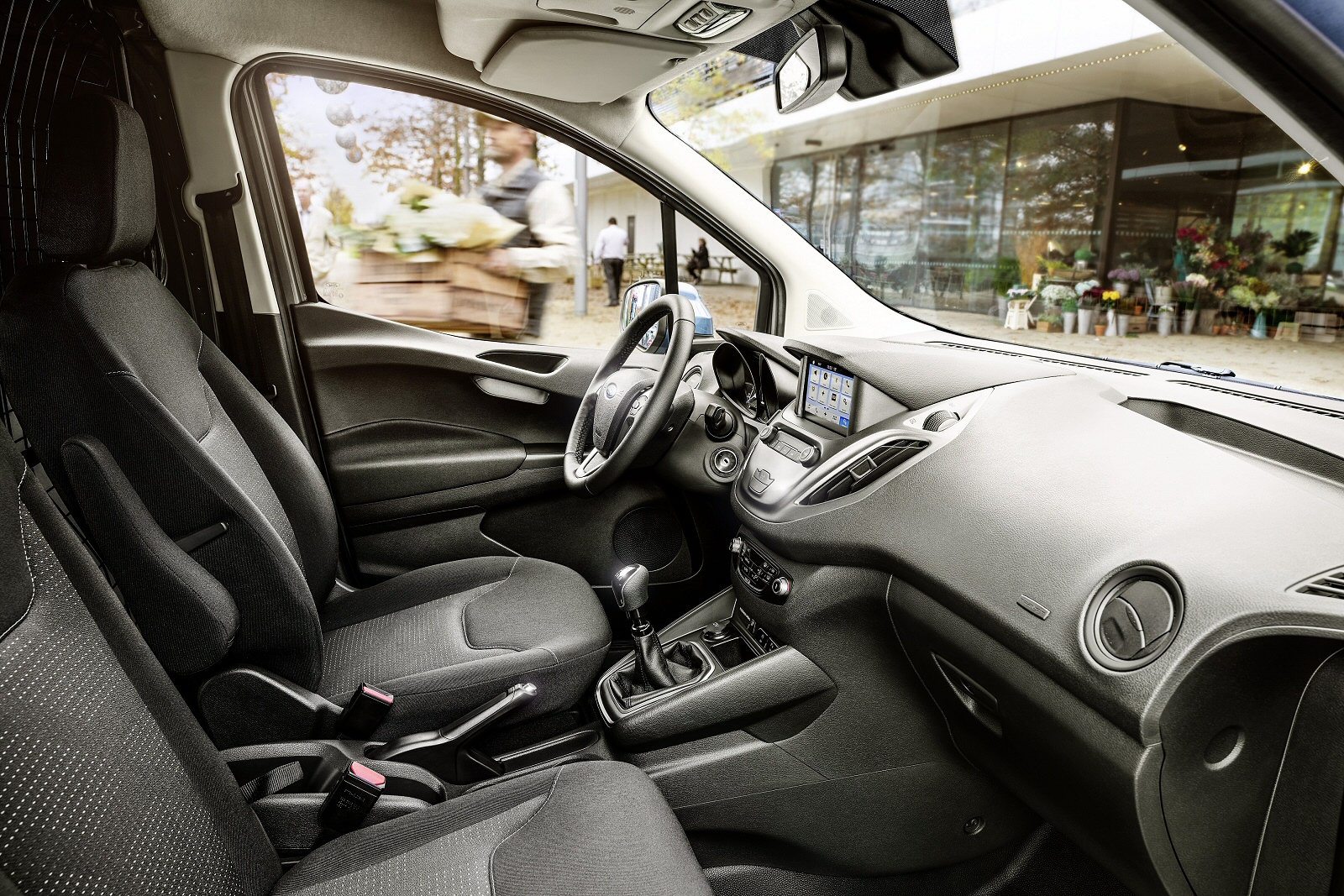 Like Wagon Wheels, Ford Transits have got smaller since their Seventies heyday. Jonathan Crouch takes a look at the improved version of the brand's Transit Courier city van.

When it comes to vans, one size most certainly doesn't fit all. Van users have hugely diverse needs and the fragmentation of the van market into varying different size classes has provided manufacturers with the opportunity to really tailor vans to specific purposes. Take this Ford Transit Courier. You used to know where you were with a Ford Transit. It was a big, blocky thing, built in Eastleigh and it had all the sophistication of a stag weekend in Magalluf. Buyers loved it though. It was rugged, inexpensive and did the job. These days though, the Ford Transit is a brand that encompasses a number of different models. It's a lucrative strategy too, with the upswing in commercial vehicles sales post-recession. Here, we're looking at the smallest member of the Transit retinue, the Transit Courier.

Although you don't get any choice when it comes to Transit Courier body styles, you'll need to come to a decision about the oily bits under the bonnet. Meeting the latest Euro 6.2 emissions standards, the updated powertrain line-up in this revised model offers customers the choice of fuel-efficient 75PS 1.5-litre TDCi diesel and a 100PS 1.0-litre EcoBoost petrol unit. All vehicles feature Ford's latest six-speed manual transmission in place of the previous model's five-speed gearbox, offering improved shift quality, refinement and contributing to better real-world fuel-efficiency. On the move, the chassis is torsionally very stiff and the tuning of the suspension components and steering system has resulted in decent ride comfort, along with the sort of precise and agile handling you'll need when negotiating city streets.

City vans need to do that seemingly impossible thing of being big on the inside but as small as is practicable outside, which is one reason why they all look much of a muchness, namely a cube and a bonnet with the marque's family face grafted on the front. The Transit Courier doesn't deviate too far from this template although the steeply raked windscreen does give it more of a one-box look. Couple that with the typically hefty Ford front grille and some subtly flared wheel arches and it looks handsome. You could see a few of these being converted to neat looking surf vans with the right wheels and paint. Recent revisions include a refreshed front-end appearance that incorporates a reshaped grille opening. But the Courier isn't just about looking good. It's also about making the working environment easy and hassle free. Get inside and you'll find well-sculpted front seats and a dashboard that wouldn't look out of place in a family car with a colour display panel on the dashtop, nice use of metallic finishes, wheel-mounted audio controls and a centre console that's pretty close to what you'd get if you'd bought a new Ford Fiesta. That's no real surprise as the Transit Courier rides on Ford's global B-segment chassis which underpins cars like the B-MAX, the EcoSport and, yes, the Fiesta. The cabin of this revised version features a redesigned centre console including a larger six-inch colour touchscreen with Ford's SYNC 3 communications and entertainment system.

The Transit Courier is priced in the £12,500 to £15,500 bracket (excluding VAT). It competes directly with small city van models like the Citroen Nemo, the Peugeot Bipper and the Fiat Fiorino, all of which cost similar money. Ford has targeted owner-drivers with plusher 'Sport' and 'Limited' variants at the top of the range. Luxury options include a voice-activated in-car connectivity system, a Rear View Camera, Easy Fuel, Speed Limiter and standard ESC (Electronic Stability Control), plus a class-leading variety of safety features. Perhaps the neatest optional touch though is the clever 'Ford SYNC 3 with Emergency Assistance' set-up. Through this, you can work MP3 players, Bluetooth-enabled 'phones and access USB drives with voice commands, plus get text-to-speak messaging. Most importantly, the system automatically calls the emergency services in accidents where the airbags are triggered.

The Transit Courier delivers load volume of 2.3m3 with a standard full bulkhead and an overall length of 4.16 metres. Practicality highlights include the longest-in-class load length at floor level of 1.62 metres (100mm more than the competitive Nemo/Bipper/Fiorano design), the best in class access width through sliding rear side doors, a full-height, full-width steel bulkhead (glazed or unglazed) and full compliancy with DIN and ISO standards for load restraints. There's also an optional folding mesh bulkhead and an optional fold-dive passenger seat to accommodate extended length items, creating a class-leading total load length of 2.59 metres. Six cargo tie-down points, multiple pre-installed body side fixing points to mount racking or framework and optional ultra-bright LED load space lighting all highlight the Transit Courier's depth of design. With a generous load volume and maximum payload capacity of 660kg, the Transit Courier can accommodate a wide variety of cargo and equipment, including a standard Euro pallet. Rugged bumpers and body side mouldings provide added protection and minimise repair costs. The cabin offers an ideal mobile-office environment, with smart stowage including a "mega-centre" console capable of storing A4 documents and small laptops. There's also overhead stowage and a storage drawer under the driver's seat. A device dock in the centre of the instrument panel enables occupants to store, mount and charge mobile devices, including phones and satnavs. Though start/stop is only optional, running costs are low, especially if you choose the 1.5-litre diesel, which manages 72.4mpg on the combined cycle and 104g/km of CO2. Service intervals are one year/20,000 miles.

The city van market is booming. Small business have clued in to the fact that lightweight vans with low running costs and high practicality are the tools of choice for rapid order fulfilment in urban environments and Ford meets this need with its most compact van, the Transit Courier. Attractive styling, great engines and a whole lot of consideration poured into making a small van work like a big 'un has resulted in a strong package, especially in this revised, more efficient form. Buyers trust the Transit name and the Courier has usefully expanded the reach of this enduring LCV brand.